WELCOME, to the 2016  Mother’s Day Blog Carnival in celebration of Mothers & More. Here, blog posts from mothers impacted by the organization will be shared over the course of this week, and month – after the tradition of the Mothers & More Mother’s Day Campaigns from 2003-2015 – a month long discussion and collaboration. 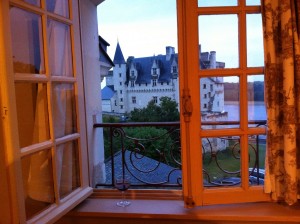 This is the kick-off post offered as blog hostess, moderator and friend. Here goes.

Creating and curating a Mother’s Day Blog Carnival for Mothers & More is for those of us posting an act of reverence, but also an act of hope. Before dust covers even the digital footprint of Mothers & More’s impact and legacy, we want to share what the organization did for mothers, and for each one of us. We would like to stir and inspire other mothers to pick up where we “left off.” As well, we want readers to know that we are not giving up. Each one of us is out in the world with what we’ve learned, impacting the lives of mothers through countless conversations and meaningful outreach within our own local communities.

We want to assure that our lessons learned, our fingerprints, will have a place to reside in the collective memory of this era for women and mothers. This is our footprint on the moon  –  our arms raised in a high five – our hands to our hearts. We are a little band of sisters, mother-women, small but mighty – collaborators and friends.

There are many ways I could talk about the work and life impact of the organization, Mothers & More. Viewing it from thousands of feet away, in an historical context, it is a container for the daily, every-day existence of families at the close of the twentieth century. Mothers & More formed a community that witnessed change together: the advent and widespread adoption of cellular phone use, email, the internet, the Monica Lewinsky scandal, changes in our political system, the purported “mommy-wars,” and helped put the words “sequencing,” into the consciousness of mothers as well as the media. It was an organization wrestling with changing times, changing gender roles and changes in patterns of childrearing that are still evolving today. After the very first intense mothering years, our members grappled with membership, our worth and value as a resource and cause within the larger context of whether or not society recognized the needs of women across their lifetimes – and that is still an open, evolving question.

From a more intimate organizational perspective, Mothers & More heralded the modern mother’s movement, rooted in traditional norms and gatherings of women, with a single, powerful difference: Mothers & More existed for mothers – to support, educate and advocate on behalf of mothers. It was founded by a uniquely gifted visionary, Joanne Brundage, who saw through her own lived experience that mothers had little in the way of work-care combinations available to them, that the narrative of mothers at war with one another was inherently a media gimmick, and that what mother’s needed was more pie to go around the “table,” – more resources and support for the important and necessary work of caregiving; and above all else to support each other.

Utilizing the mode of evening meetings just for mothers, the organization designed events and programs to bring women together, to better their lives and form vital communities. These are the kinds of activities that glued together and nurtured the spirits of women for ages  – with the sureness that in the modern world of mothering, all mothers were welcome without judgment.

As the 1990s began, technology – the internet – proved a double edged sword, one that would change the way mothers connected and the way women could now find one another.  Without an organized intermediary, Mothers & More and most membership organizations were put at great risk. What was the norm for organizations — holding on dearly to brand, property — systems, structures, and materials swiftly became a drastic mistake and one that had a “fiddling while Rome burned,” quality. The world of the ‘net was creative, a shared space and intellectual economy. Members started leaving the “mother ship” at an unsustainable pace. Heroic salvage efforts ensued for nearly a decade, but the “right thing, the turn-around thing,” eluded organizational leadership in such a new and altered landscape. As with most membership organizations, struggle was the word of the twenty-first century: how to make the case for affiliation, at what price, for what services? Membership as a sole source of revenue in a mother-centric organization, serving and nurturing ourselves and other mothers through service is a difficult funding proposition in a society that is at best ambivalent about mothers with the exception of Mother’s Day.

Adaptation began. Mothers & More was one of the first organizations to diversify offerings into the the online world: we developed discussion “loops” that led the way in effective management, civil discourse and active moderation. Our space was a safe place where mothers could ask for help, raise questions about their lives, their work place, their children. Thousands of women were supported, safely – known and nurtured.

We became a premier volunteer-driven virtual workspace with women gaining skill fit for resumes, work re-entry, a promotion, or B-school.

Important contributions in the areas of family caregiving, family friendly business practices and programs for women, author’s works, research on mothers and their beliefs, collaborations to ensure the counting of care work, exposing the visibility of contributions to the family economy, actions against cultural stereotypes, redefining care work as real work, and launching financial awareness, economic security and education programs through a national purse-giving drive campaign were made and built upon year after year.

We were among the first national organization’s – if not the first –  to own Mother’s Day as a kind of counter-troupe, awareness raising moment. Later, we were joined or found others doing the same thing, groups like the NAMC (now Mom-mentium), Mocha Moms, Mothers Acting Up, The Motherhood Project, the Mothers Movement Online, and MomsRising – nurturing, incubating, collaborating and mixing it up with others as we went along.

One Mother’s Day season we built houses for single mothers through Habitat for Humanity’s “Women Build” program. Chapters engaged in mother-power affirming community outreach work all the time, but often during Mother’s Day with the final push a series of national diaper drives.

We created fun actions and connected the dots of public policy to personal well-being, attended conferences, wrote press releases, books, and chapters-within-books, testified at hearings and via notice-and comment processes on important regulations; we launched women into their “next phase,” and into roles benefiting other mothers, sat for interviews, provided insight to reporters, and “tabled,” at local events all around the country. We helped women understand and plan for their financial future.

I double-dog dare you to rife through a stack of articles, news interviews and books on motherhood in the 20th century and there you will find Mothers & More, her chapters, and her members.

My eyes were opened to the life of caregiving that surrounds us through Mothers & More. Instead of seeing those intense years of hands on care – and even the supervisory years of later childhood and adolescence –  as an exclusively private matter, and a mere phase, I began to see caregiving in high definition, full color. I came to hear around me, in surround sound, what I lived through and benefited from my entire life.

Generations before me were propelled into their life stories through care, just as I through the “wipe-worry-plan-repeat,” cycle of caregiving found myself ensuring the formation of a human being – that engine of economy and opportunity we all depend solidly upon.

Once our eyes are open, we cannot stop seeing: all around us, everyday, we live in a world created by the care work of others.

So, my offerings to this carnival will be a series of “photographs” or scenes of our care work on behalf of all mothers, through our work as volunteers of Mothers & More. I will post the first piece tonight, as Mother’s Day ends and Mother’s Day Month begins.

A mother is more than any single role she plays at a given life-point – and as we worked together, Mothers & More friends, we were more, caught up in that generous spirit that gives birth to something so different, it profoundly and forever alters our view.

Once seen, the future can never be unimagined. We may not walk through the door, but we opened it wide. Our legacy to you, mothers of 2016 and beyond, is to keep the door propped open until you come on through.