the enduring legacy of Mothers & More by Nancy Hoetker 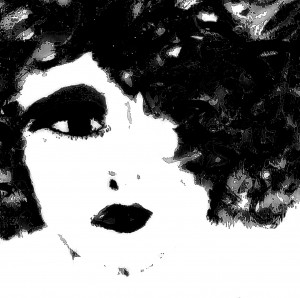 It was an article in the local paper that caught my eye.  I was getting in my few minutes of adult time while my 8-month-old son had his brief afternoon nap, and there it was.  All about mothers who had connected and formed a supportive community after leaving their jobs to raise their children.  It was as if someone had reached her hand out of the pages of that paper and said, “Here we are…come join us!”  And I did.

Nine months earlier my husband and I had moved to the small city where we knew no one so that he could pursue his Ph.D. The fact that we were about to have our first child hadn’t stopped us from making this momentous change to our income or lifestyle of working over 40 hours per week in Washington, D.C.  In fact, it seemed like the ideal time.

What I hadn’t planned on was just how alone I would feel.  While my husband/best friend went off to his new life of graduate courses and research assistantships, I was home with our baby.  At first it was great, nesting and playing house and loving this little being who we’d so eagerly anticipated.  As the months went on and my husband was spending all his waking hours on campus or studying, and our son didn’t fall into a nice, routine schedule, or sleep through the night, I realized just how isolated I was.  And then, one cold, gray January afternoon, a glimmer of sunshine from my newspaper in the form of a local chapter of F.E.M.A.L.E – Formerly Employed Mothers at the Leading Edge (just changed from “at Loose Ends,” which I felt certainly applied to me!).

A playgroup with babies all born within a few months of mine provided instant companionship and a few solid friendships.  Evening meetings connected me to more mothers who were at different stages of the parenting journey and could provide insight, perspective and advice. These meetings also featured presentations and activities that provided knowledge about a variety of topics…beyond parenting and into exploring ourselves and our society.  Mom’s Night Out opportunities, family activities, volunteering opportunities both within the organization and on behalf of other worthy causes, book group!. Suddenly my calendar was full of opportunities to get out and interact with others, and I loved it.

The Internet was exploding, too, and suddenly I was connecting through email discussion groups (for some reason called “loops” in our organization) with Nursing Moms, Toddler Moms, Pregnant Moms (once I got pregnant with our second child), and socially/politically active moms (the Power Loop) all over the country.  Now even in my at-home time I could interact with “my people” anytime I wanted.

3 years after joining F.E.M.A.L.E, I had held 2 volunteer board positions in my chapter and had so many friends in the group that I didn’t have to cook dinner for a month after our second child was born.  Such a difference from after the first one!

As my life circumstances changed, F.E.M.A.L.E. was there.  Now we were in a preschoolers-with-younger-siblings playgroup, and there was always someone to hold the baby while keeping an eye on the older one while I went to the restroom.  Trust me, that’s huge.  Soon, the husband was finishing his Ph.D. and searching for a job, which took him out of town quite a bit for several months.  No problem, we got a HOOTOWL (Husbands Out Of Town Or Working Late) playgroup started, so that we could meet at a local family-friendly eating establishment with a play area and not have to always tackle the dinner hour alone.

Then in 2001 came the new job, and relocation to a town with no chapter of what was now called Mothers & More.  Again, the first months were fine, since we were setting up a new home, meeting the neighbors, and getting the oldest started in Kindergarten.  But I felt the loss of personal interactions despite my continued online involvement.

That fall, Mothers & More held its first convention and I got to meet up with members of my former chapter as well as many, many others from around the country.  I cried on the drive home, and decided to start a chapter in my new town.  As soon as I walked in the door, my husband knew.  Thankfully, he was incredibly supportive.

Setting up the chapter was a challenge I threw myself into with gusto, and by our one year anniversary had over 30 members.  I’m happy to say that when I took a step back from active leadership once my younger child started Kindergarten others were ready to step up and keep the chapter running.  15 years later it is still in existence, though sadly the chapter I originally joined has long since folded.

As both of my kids transitioned from playgroups to school full time I transitioned my online activity from the Toddler Moms Loop to the Seasoned Moms loop.  This was for those of us moving beyond issues with potty training and weaning to teachers, bullies, setting limits and letting go.  Many of us had made this journey together from the Nursing Moms Loop, so there was a lot of familiarity in the names and stories, which fostered a real sense of community.  The discussions started ranging far beyond just issues with our kids, into medical, marital and employment dilemmas.  Led by an outstanding moderator, the loop truly fosters an attitude of openness and acceptance that has allowed us to explore wide-ranging topics often considered taboo, including politics and religion.  We have shared stories of our past, and of our hopes and worries for both our futures and those of our kids.   We have vehemently left the “mommy wars” outside our domain, feeling that each of us is able to make the best choice for ourselves and our families.  Times of triumph and tragedy alike are marked with the sending of virtual pomegranate martinis (pomptinis) and {{{hugs}}}.  We joke that we were getting so well-seasoned that we became downright spicy!

In 2009, after a few small, informal meet-ups between loop members, we decided to hold our first getaway weekend, with over 20 members attending.  Many have said they were nervous about traveling to spend time hanging out with people they’d only met online (something we were warning our ‘tweens and teens not to do!)…but it soon became quite clear that putting a face and a voice with a name on the screen was the best thing ever (along with a few real pomegranate martinis, or pomegranate martinis, or pomtinis) 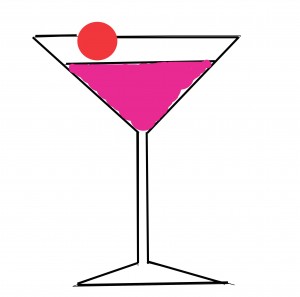 !  It was so much fun that we have continued to meet in a different city each fall, welcoming newcomers who have the opportunity to attend, and missing others whose lives keep them from joining us.

Five years ago my family moved again, but this time I knew that many of my closest friends would “move” along with me on the Seasoned Moms Loop.   We are all growing older, and our issues are shifting again.  Many of us are launching our teens into the world of college and jobs.  Some of us are supporting our children through difficult periods of adjustment to adulthood, often due to learning disabilities or mental health issues.  We have more members who are getting involved with caring for aging parents, or serious health issues with themselves or close family members.  Whatever comes along, we are there for each other more than ever, both online and sending tokens of our love, including notes, gift baskets, or flowers.

In the last couple of years we have had informal discussions on the loop about the viability and future of Mothers & More, and some of us have participated in official discussions with committees tasked at looking at those issues.  Often, our loop members felt that the organization in general didn’t meet their needs anymore, and chose to drop their memberships.  Many of us, however, remember what a lifeline it had been to us in the early years of parenting, and continued our memberships in that spirit.  When Mothers & More decided to purge the online loops of non-paying participants, an alternative email group named SpicyMomsPomtini was established and most of the activity of the Seasoned Moms transitioned to it in a prescient move.

The end of Mothers & More as an entity, while sad for many of us who were so positively affected by the organization, will not be the end of its legacy.  Many, many enduring friendships were forged in its playgroups, meetings, leadership structure and online loops.

Those of us in the SpicyMomsPomtini group will continue to support and meet each other in real life and online, and inviting others to join us as mothers –  and more.

* Nancy Hoetker volunteered in ways outstanding and masterful within Mothers & More, and helps to organize Seasoned Moms – Spicy Moms gatherings. Additionally, Nancy creates beautiful handcrafted papers and cards, and her work can be seen here at her website Nancy’s Nifty Notes. This post originated at Nancy’s site, and is reposted here with a few edits and inserts for our Mother’s Day 2016 Blog Carnival.  Nancy’s post so aptly details the movement from organized, membership based organizations to self-organizing in the age of the internet, meet-up groups and the like. That the connections between mothers remain strong within the successor group is just one indication of the enduring legacy of Mothers & More’s “glue,” though membership may not have been the right container in the moment or the age we live in today. Yet, together, mothers are powerful: we need to think about that because we can do so much  – especially when resources are used to address the needs of mothers. Who better to know what those needs are then mothers as they “season” and gain/regain identity, confidence and perspective? Or need help doing so?  More soon – ERH